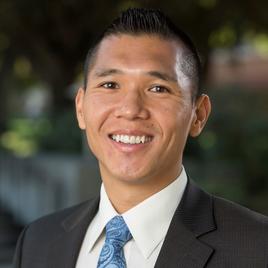 Brian Suh is the Director of Technology Commercialization (TC) at University of California, Riverside (UCR) Office of Technology Partnerships. He oversees and manages all aspects of Technology Commercialization and its staff, which includes the development, protection, marketing, and commercialization of UCR’s campus research and intellectual property (IP); outreach to the UCR campus community on IP and technology commercialization; and outreach to the external community on UCR’s research capabilities, technologies available for licensing and commercialization, and to promote economic development. Brian came to UCR in November 2015 from a U.S. Navy laboratory, SPAWAR Systems Center Pacific, in San Diego, CA where he was employed since June 2002, most recently as the Director of their Technology Transfer Office. He is a former Federal Laboratory Consortium (FLC) Far West Regional Coordinator and recipient of 2013 FLC National Laboratory Representative of the Year award. Brian holds a BS in Electrical Engineering from Michigan State University and received his MBA from the Rady School of Management at University of California, San Diego. He also holds the Certified Licensing Professional (CLP) certification.