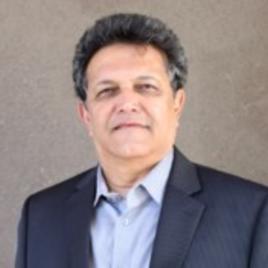 Anil Shanbhag is an accomplished manufacturing industry executive having run global businesses in a career spanning over twenty-five years.  Mr. Shanbhag is passionate about combining his technical expertise and business acumen to facilitate the growth of global manufacturing-centric economy in Southern California.  Mr. Shanbhag has held senior executive positions in billion dollar, publicly traded companies such as Esterline Technologies and TriMas Corporation.  Throughout his career, he has led businesses that manufactured highly engineered, mission-critical components, assemblies and systems, primarily in the aerospace and defense sector.

Over the past few years, Mr. Shanbhag has played a pivotal role in the transformation of small businesses and startups by providing his expertise to develop and execute strategic and tactical plans.  Currently he is the Chief Marketing & Sales Officer for Aquaback Technologies, developer of a patented water treatment technology.  Mr. Shanbhag is also the Co-Founder of a start-up that has discovered a better way to transfer hybrid electric power to an open wheeled vehicle, with applications in medical, railroad and bicycle industries.  Additionally, he is mentoring two start-ups engaged in medical orthotics and consumer beverage cooling technologies.  He is also a mentor for Make in LA, a San Fernando area based accelerator for hardware star-ups.  Mr. Shanbhag holds Bachelor’s and Master’s degrees in Chemistry from University of Bombay, Master’s degree in Engineering from University of Massachusetts, and Executive M.B.A. from Peter Drucker School of Management at Claremont Graduate University.