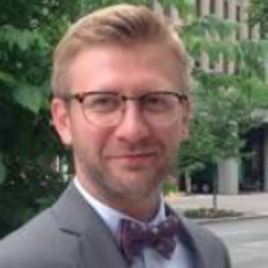 Mihai Pătru was a Senior Fellow at the Center for Transatlantic Relations, at the School of Advanced International Studies at Johns Hopkins University in Washington DC. He is also a nonresident researcher at the Romanian Diplomatic Institute in Bucharest.

Mihai is a career diplomat with the Ministry of Foreign Affairs of Romania currently on leave, and previously to joining the CTR he was a Transatlantic Diplomatic Fellow at the US Department of State in (2013-2014). His research at CTR focuses on human rights issues and their political, economic, and social implications.

His other areas of interest include also political leadership in the Arab world, Arab states’ foreign policies, rentier states’ internal political and social dynamics, and EU’s foreign and security policies. He is a PhD candidate at the Faculty of Political Sciences of the University of Bucharest. Mihai holds a MA in International Relations and European Studies from Central European University in Budapest and a BA in Arabic Language form the Univeristy of Bucharest.