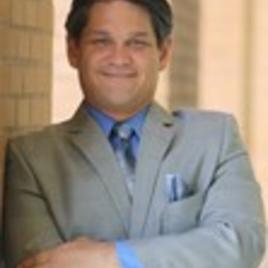 David Ochi is a persistent entrepreneur with over 30 years of experience in early-stage companies having started his first enterprise at the age of 13. Since then, Mr. Ochi has started over a dozen companies in diverse industries such as fashion, technology, international distribution, startup incubation, clean tech, bio tech, mobile, social media and education. Mr. Ochi is the recipient of the 2011 Green For All Entrepreneurial Concept Award. He was the founding Executive Director of the ANTrepreneur Center at the University of California, Irvine. Mr. Ochi also utilized his experience to become an adjunct faculty member at the University of California, Irvine in 1999 and is an adjunct faculty member of both Saddleback and Irvine Valley Community Colleges. In 2007, he moved to Viet Nam for nearly two years launching Disney Consumer Products into the Indochina market. He is a regular speaker at industry events throughout the US, Europe, and Asia most notably on topics involving startup strategy and early stage funding. He was the Chief Strategy Officer of Convert Coal, Inc., a cutting-edge coal cleaning technology company based in the United States with initial market efforts throughout Europe. Mr. Ochi is the co-founder and CEO of V1 Ventures, a health sciences & technology acceleration firm focused on exponentially growing scale-ups by facilitating rapid international expansion into global territories. Currently, Mr. Ochi is the Executive Director of the Incubator at California State University Dominguez Hills near Los Angeles, California where he focuses on expanding the entrepreneur mindset and skillsets into disadvantaged communities.  Mr. Ochi currently sits on the Board of Directors of a half-dozen companies and is actively involved in the growth of 7 early-stage companies. Mr. Ochi is also very actively involved in several charity and industry organizations including 7 organizations at UC Irvine as well a former board member of Tech Coast Venture Network (TCVN) in Orange County. Mr. Ochi was a co-founder of the not-for-profit MORE Foundation whose mission is to connect intellectual property opportunities with undergraduate students at local universities.